Use this page to get HTML color codes for your website. The colors are represented by various color models, such as hexadecimal, RGB, HSL, etc.

To learn about HTML colors and how to apply them to your website, check out the HTML colors section of the HTML tutorial. 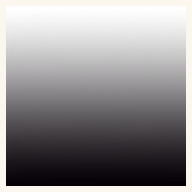 Here is a table of the CSS color names. These are based on the X11 colors, and are supported by all major browsers.

Try clicking on a value. This will open a color tester where you can test different colors against the page background.

Here's a quick glimpse back in time to see how colors used to be done on the web.

This chart displays the 216 "web safe" colors. Click on a color to display it in a new page.

The "web safe color palette" was used heavily in the early days of the web, especially in the late 1990s.

If a website specified a color that wasn't available on the monitor, it would either display another color that was available, or attempt to make up the color by using a dithering process.

Nowadays, there's usually no need to limit yourself to the web safe colors, as most computers (and even mobile devices) can display millions of colors, so the issue is no longer prevalent.

However, there's nothing to stop you continuing to use this color palette today. Using web safe colors can provide a bright and bold look, and could bring a fresh new look to your website!

The following color code chart contains the 16 official HTML color names from the HTML 3.2 specification, which became an official recommendation on 14 January 1997.

The same color names were included in the HTML 4.01 specification, which became an official recommendation on 24 December 1999.

These colors were originally picked as being the standard 16 colors supported with the Windows VGA palette.

Despite the limited number of color names, both specifications allowed the use of hexadecimal notation. For example #FF000 to represent red. So it was still possible to use a wide range of colors outside of the color names.

However, due to the limitations of computer monitors at the time, web designers often limited themselves to just the web safe colors.

As with the HTML specifications, CSS supported the use of hexadecimal notation to specify colors outside this range.

But CSS also introduced the rgb() function, which allows colors to be specified as a comma-separated list of three digits, with each set of digits in the 0-255 range. For example, rgb(255,0,0) represents the same color as #FF000 and the color name red.

In addition to being able to assign color keyword values (color names, hex values, RGB), CSS2 allowed authors to specify colors in a manner that integrated them into the user's graphic environment.

The following lists additional values for color-related CSS values and their general meaning.

These system colors have been deprecated in CSS3. They were initially replaced by the appearance property, but that was subsequently dropped from the CSS3 specification.

Interestingly, CSS Color Module Level 3 became an official recommendation on the same day, and provided 147 color names. More on that below.

CSS 2.1 also included the various system colors that were specified in CSS2 (above).

CSS3 changed the way that CSS is defined.

This is in contrast to previous specs, where, CSS was released as a whole specification. For example, CSS2, CSS 2.1, etc. All aspects of CSS were included in each specification.

So the colors in the chart at the top of this page can all be considered "CSS3 colors".

CSS3 also introduced the currentColor keyword, as well as new color functions, such as hsl() and hsla(). At the time of writing, CSS Color Module Level 4 proposes hwb(), gray(), color(), and other features.